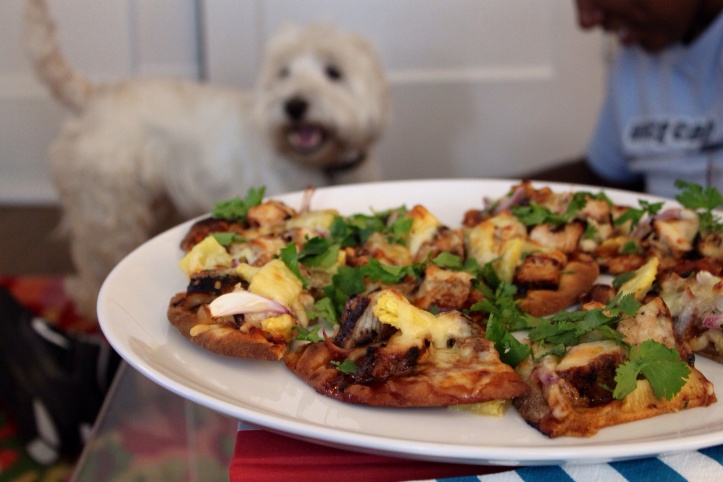 I’m extremely lucky to work with a small group of very fun, talented and go-getting women. Not only do we accomplish a great deal of work during the 40+ hours we spend together each week, we also have a lot of fun. Between deadlines and meetings, grand openings and strange adventures, we have become great friends.

Instead of staying at work late on Tuesday, some teammates joined me on Mendenhall to stuff last minute name tags, watch the City Council meeting, drink cocktails and have a snack. I made this recipe for BBQ Chicken Flatbreads because I was short on time and needed something I could whip together in 20 minutes before Channel 13 began to flicker of Roberts Rules. We managed to watch Council and finish the name tags without any sticky fingers getting in the way. #soGSO

Bake for around 15 minutes, or until crust is golden brown and toppings are bubbly. Remove from the oven and sprinkle on plenty of chopped cilantro. Cut into squares and serve immediately.