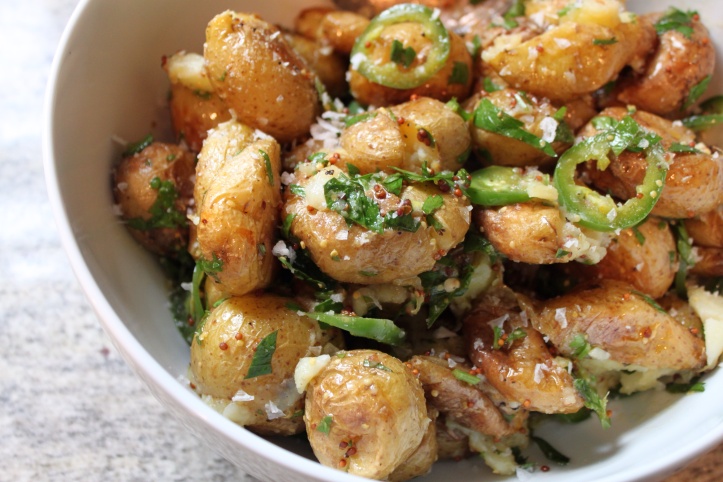 I saw this recipe in this month’s Bon Appetit magazine and knew I had to make it. I love spicy foods and my friends can sometime get angry with me for going overboard with a jalapeno! This recipe has a kick but it perfect for a casual night with hamburgers or hotdogs!

Preheat oven to 450°. Toss potatoes with ¼ cup oil on a rimmed baking sheet; season with salt and pepper. Roast, tossing once, until golden brown and tender, 30–35 minutes. Let cool slightly, then lightly flatten.